Stoke Prior First School in Bromsgrove has signed up to a new waste food recycling scheme thanks to pupil power and the school’s own Eco Council!

The school, which has 145 pupils and serves 90 meals a day, wanted to find an environmentally friendly way to dispose of increasing amounts of food waste. The school’s Eco Council, made up of children in every year group and called the ‘Eco Warriors’, came up with the green initiative which will see around 53kg of food waste recycled each week – equivalent to around two tonnes a year. Under the new arrangement with food waste recycler Andigestion, Stoke Prior’s food waste will be taken from its onsite kitchen and classrooms to the company’s anaerobic digestion plant in neighbouring Gloucestershire. Here it will be processed and turned into biomethane gas which is put into the National Grid as ‘green energy’ for use in local homes, as well as a liquid fertiliser for use by local farmers in place of carbon intensive chemical fertilisers.“With an increase in hot school meals, we were struggling to find an effective and efficient solution to manage the increase in food waste” said Head Teacher Leigh Satchwell. “It was important that we found a solution that would meet the standards of our Eco Council and would engage the students to think about where their food comes from and what happens to their leftovers. So far, we couldn’t be happier with the food recycling bins and caddies provided by Andigestion.”As well as recycling their food waste, the school’s Eco Warriors also undertake daily composting, have solar panels on site and educate their fellow students about the environment.“We’re thrilled to now be working with more schools in Worcestershire following our success in Gloucestershire,” said Jason Ward, Commercial Manager at Andigestion.

In their first week working with Andigestion, Stoke Prior First School recycled 53kg of food waste, which would amount to approximately 2 tonnes per year. By recycling their food waste with us instead of sending it to landfill, Stoke Prior is helping to prevent 9 tonnes of carbon dioxide being released into the atmosphere.” 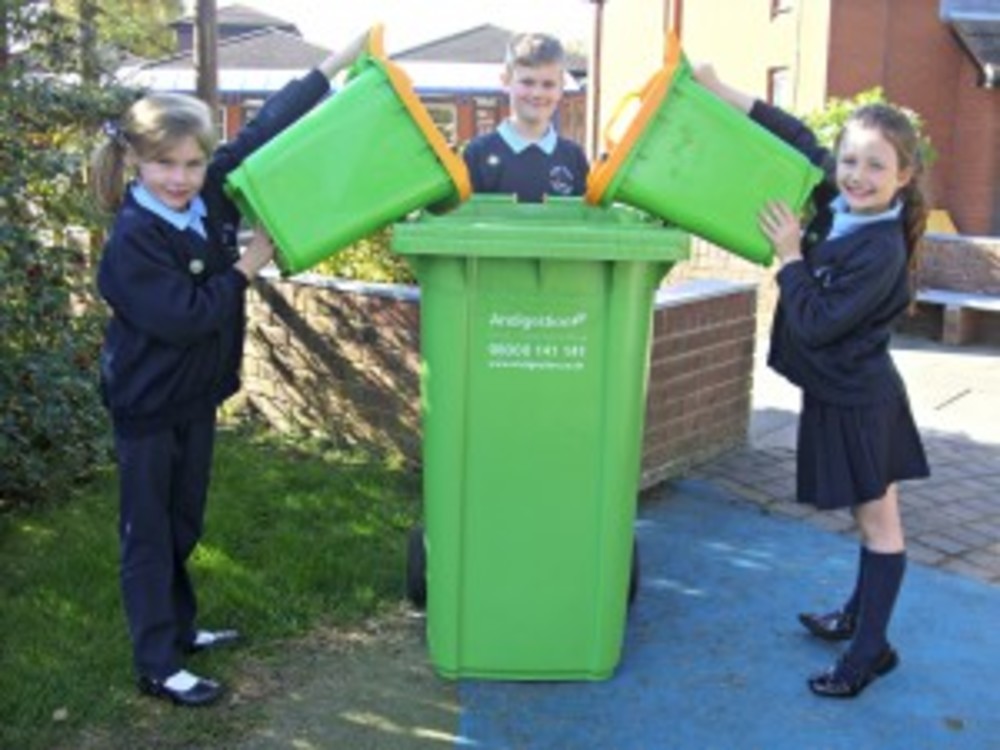