From Waste to Woodchip- How demand for alternative and sustainable fuel is heating up!

As specialists in electrical and electronic instrumentation, Algo Instruments have long been familiar with the demands of the complex equipment at Andigestion’s food waste recycling plant in Devon – but what they hadn’t realised was that there was potential to make huge savings on their own heating bills simply by switching to sustainable woodchip produced by Andigestion!

The two businesses, which are near neighbours in Holsworthy, have worked together for many years but after learning that Andigestion used excess heat from the food waste recycling process to dry woodchip for use in biomass boilers, Algo director Mike Godfrey and his team decided to make the change. The Algo offices, which are on the site of a former Ostrich farm building, had previously been heated by electricity but when an upgrade became necessary, Mike was keen to change to an alternative and more sustainable fuel source.

“Given our rural location, a biomass boiler was the best option for us – especially as Andigestion was nearby and could deliver the quantities of high quality woodchip that we require” explains Mike.

Algo’s biomass boiler is fully automatic and feeds directly into a 1500L hot water storage tank which stores the heat energy for use when required, and employs the ‘basket heat exchange’ method to deliver hot water immediately to the heating system – making it more economical and cost-efficient to run. It is fuelled by the woodchip which has been dried by the surplus heat generated by Andigestion’s food recycling process, which would otherwise go to waste.

“The surplus heat enables us to dry our woodchip much more efficiently than conventional air-dried chip” explains Mike Lowe, operations director at Andigestion. “The drier it is, the more energy is contained in each cubic metre of woodchip – and that makes it significantly more efficient and cost-effective.”

Andigestion’s woodchip comes only from locally sourced timber and supplies are carefully managed to protect the area’s delicate environmental balance. The wood is chipped on site and dried before it is delivered to customers ready for use in bio-mass boilers.

Since switching to woodchip, Algo’s Mike Godfrey says he and the team have certainly benefited from the warmer working environment and plans are now underway to convert the now redundant Ostrich hatchery into holiday homes – which will also be heated by woodchip!

“Not many people realise that the food waste collected from our homes contributes to the creation of such an environmentally-friendly and sustainable fuel!” adds Mike Lowe. “Creating renewable energy from food waste is a positive and beneficial outcome for everyone.”

Andigestion’s woodchip is BSL Accredited, which means that it meets the requirements of the Renewable Heat Incentive (RHI) scheme. It can be collected from site or delivered, according to the quantity required. For more information, contact Andigestion on 01409 253861. 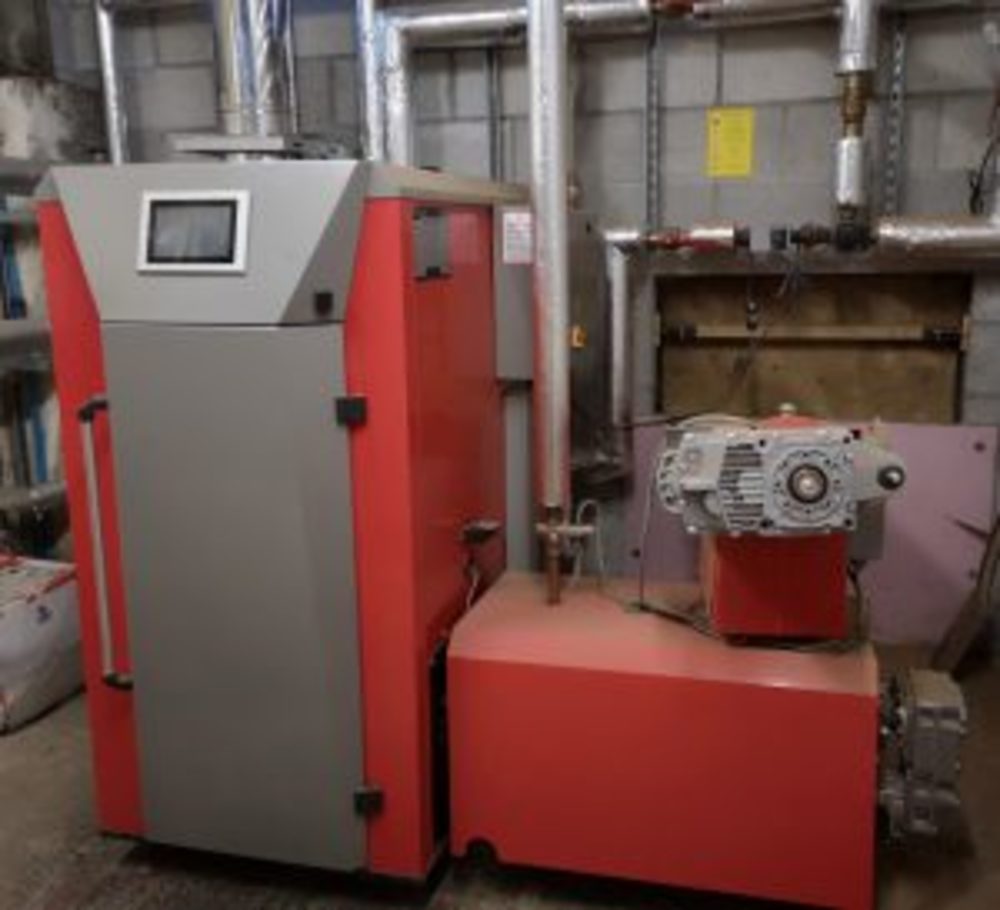